Attention Grapplers, Youth Wrestling Registration will be held on Thursday October 22nd, 2020 from 5-7 PM @ the Wrestling Facility located behind the Football Field. Please wear a mask and limit the number of persons present at registration. Registration forms and information regarding the season can be found attached to the link below! If you 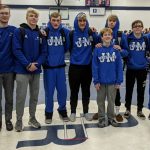 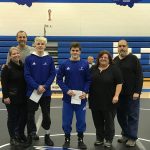 Last evening in the Don Patton Gymnasium, the Varsity Wrestlers capped off their last Home matches of the season as they took on the Clippers of Columbiana and the United Eagles. The team was led by their two Seniors, Ryan Staton & Hunter Nitzsky, both earning two Falls on the night. Staton improves his record to

The Blue Jays took on a tough state bound South Range team Wednesday night in the the Don Patton Gymnasium. The Jays battled throughout the lineup, but ended up falling by a score of 57-24. Winning matches for the Jays were as follows: Hughston Lockner 120 – Fall 3:32 James Simkins 138 – Forfeit Ryan 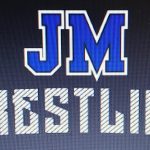 Last evening the Varsity wrestlers took on the Crestview Rebels and the Wellsville Tigers. The team split the tri 1-1, beating the Rebels by a score of 40-35 and losing to the Tigers. The following wrestlers earned a win for the Jays in the two duals on the evening. Joe Armstrong 113: 1-0 Hughston Lockner 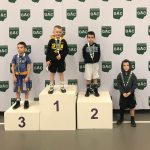 The Blue Jay Youth wrestlers spent their Saturday competing in the OAC Youth District tournament hosted by Massillon Jackson High School. In order to compete in this District Qualifier, the Jays had to place top 4 in their sectional tournament, wrestled earlier this season. The Blue Jays walked away with two state bound wrestlers in 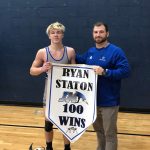 Hard work pays off! Senior Ryan Staton earned his 100th career varsity win this past Saturday at one of the toughest High School wrestling tournaments in Northeast Ohio, the Josh Hephner Memorial. Ryan capped off his Friday wrestling with a record of 3-1 in his pool, knocking off top seed and Division I ranked Lincoln 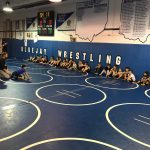 Come out and support your Youth Blue Jay wrestlers as they battle the Austintown Falcons Wednesday night in the Don Patton Gymnasium. Wrestling will begin at 6:00 PM!  This year’s youth program consists of 37 youngsters grades K-6. The Youth Jays have really jolted the wrestling program’s momentum with their hard work and drive to 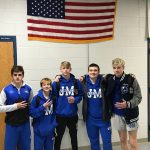 The Varsity wrestlers spent their weekend traveling to Northwestern High School this past Saturday where they competed in the Husky Invitational. The Jays placed 5 out of their 9 wrestlers who entered the tournament. Leading the pack for the boy’s team was Junior Austin Stanke, who captured the 120 lb Title. Stanke went 4-0 in 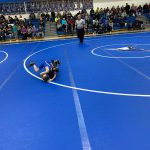 The Don Patton Gymnasium was jammed packed with action last night as the Blue Jay Wrestling Program hosted the Waterloo Vikings.  The festivities included wrestling from all levels of the wrestling program. The night was kicked off with matches between both Youth Level Programs  as well as the Junior High. It was then followed by a dual between