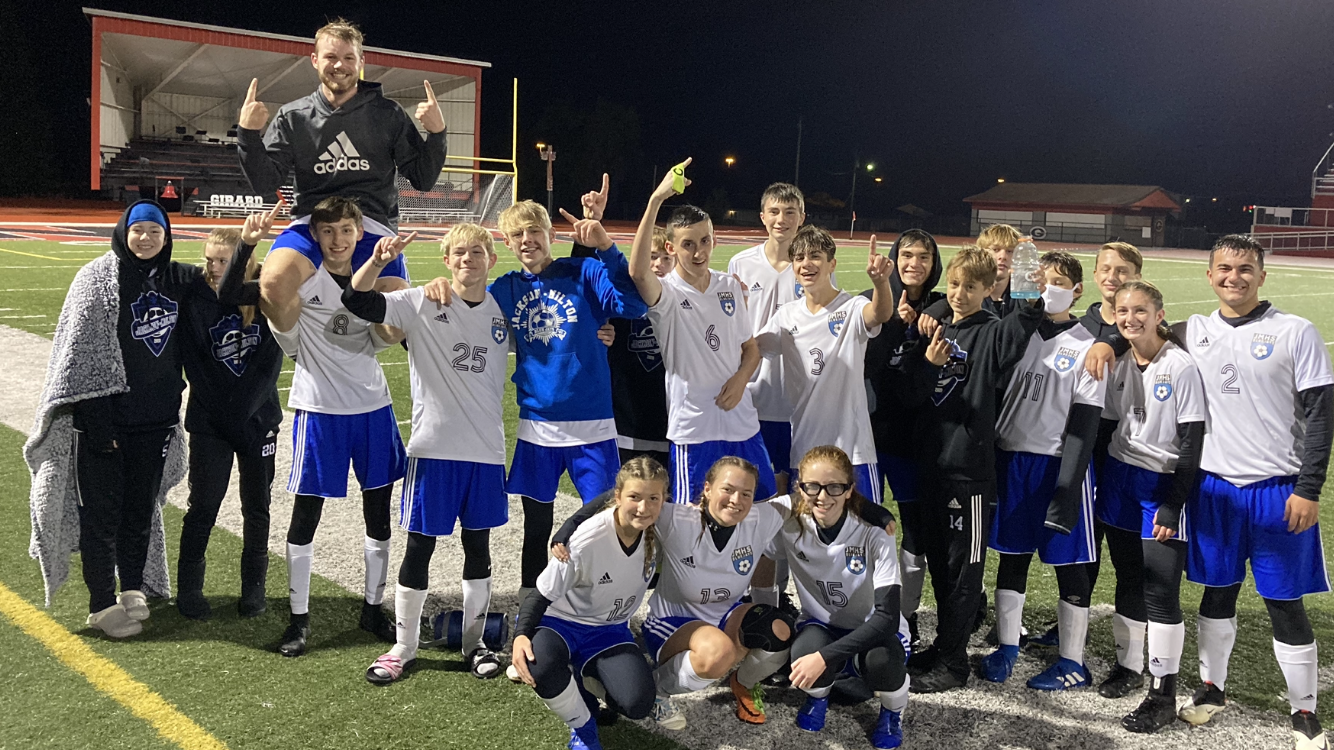 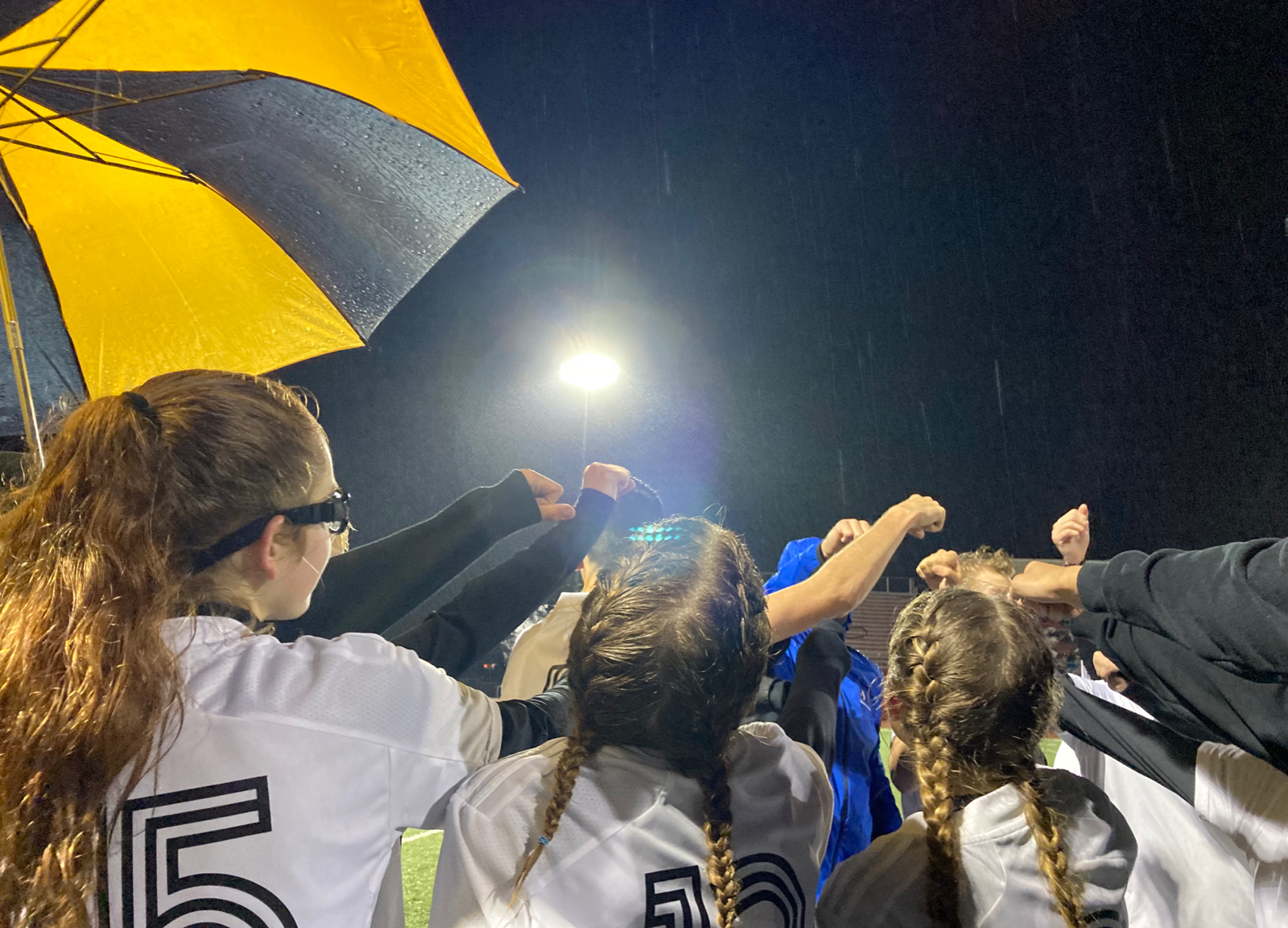 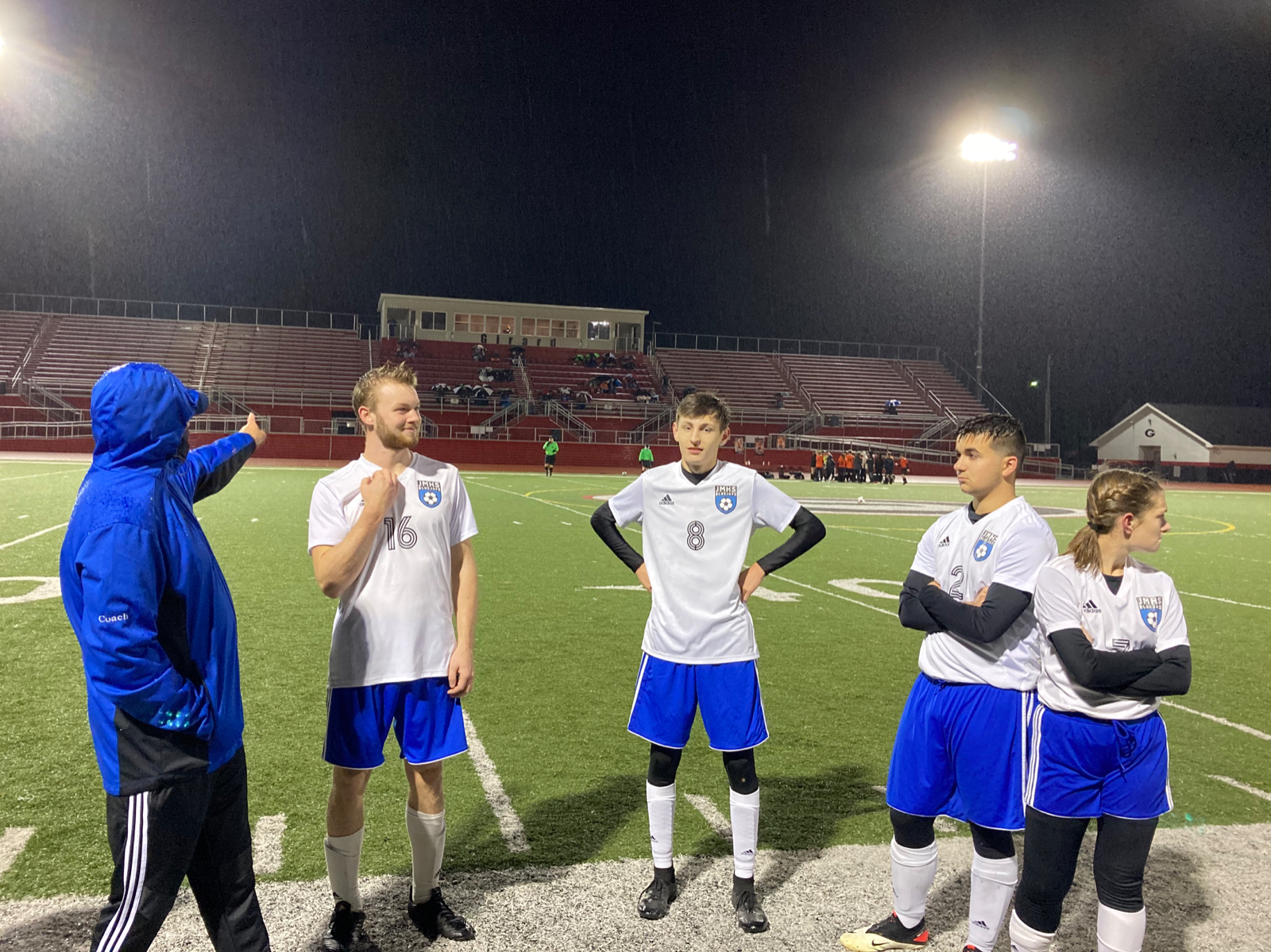 The Blue Jays traveled to the Girard field to play Mineral Ridge  on Thursday night, for their final game of the regular season.  The Blue Jays felt slighted after their last game against the Rams.  So they took the field Thursday with a score to settle.  The Jays started with Freshman, Sam Conn in goal.  The Blue Jays played a tight first half.  The defense was stellar holding their ground and keeping the game 0-0 at the half.

The rain was relentless, and it was very cold, but the Blue Jays are no strangers to winning under brutal weather conditions, so the coaching staff was confident that they would play strong.  During the second half the Jays were starting to frustrate the Rams.  The pace was fast, the contact was tough, but the Jays were handling themselves and maintaining their composure.  A foul against Alex Rotuna led to a free kick on the 25 yard line.  The Blue Jays prepared to crash the box as Senior, midfielder, Brandon Strickland stepped up to the ball.  Brandon was ready, as he’s been practicing these long shots all season.  The kick was good from 35 yards away, the crowd roared as it hit the back of the net.  The Jays had 23 minutes left and they knew that Ridge was going to continue to push the pace.  But Jackson-Milton was up for the challenge.  They continued to create offensive opportunities up top, which helped to keep some of the pressure off the defense.  Blue finished on top 1-0.  Bringing the Blue Jays recored to 3-9-3.  And finishing the season on a high note!  The Jays host a playoff game on Tuesday night at 5pm against Rittman.