Tuesday Night The Blue Jays faced off against Labrae’s Boys Varsity Team.  The Blue Jays started with Sam Conn in goal.  The Jays were out possessing the Vikings very early on, but the Vikings played a fast and physical game.  The Vikings began to out possess the Jays and had several more shots on goal throughout the game overall.  The Blue Jays Defense, led by Hughston Lockner, Daniel Spalding, Kayna Yasher and Preston Gibbs, played an excellent game overall.  The score at half was 0-0.  Austin Stanke took over in goal in the second half.  The Blue Jays were able to hold the Vikings in the second half.  Picking up a few offensive opportunities along the way.  Alex Rotuna had a promising run up the middle, but was thrown to the ground in an aggressive play inside the box, unfortunately, there was no foul call on the play.  The last 10 minutes of the game, it was all Blue Jays as they played on the attack.  Kylee had an opportunity up the middle with only about a minute left, the defender for Labrae made an aggressive clear away from Kylee which resulted in a corner kick for the Jays in the final minute.  Kylee took the corner kick, the Blue Jays made some contact but ultimately it was cleared by the Vikings to the opposite side of the field, Daniel Spalding took another fast corner kick, again the Jays were scrambling but just couldn’t get it in the net.  The Final Score was 0-0.  JM now has 2 wins and 3 ties on the season.  They face Mineral Ridge on Thursday evening at 7pm 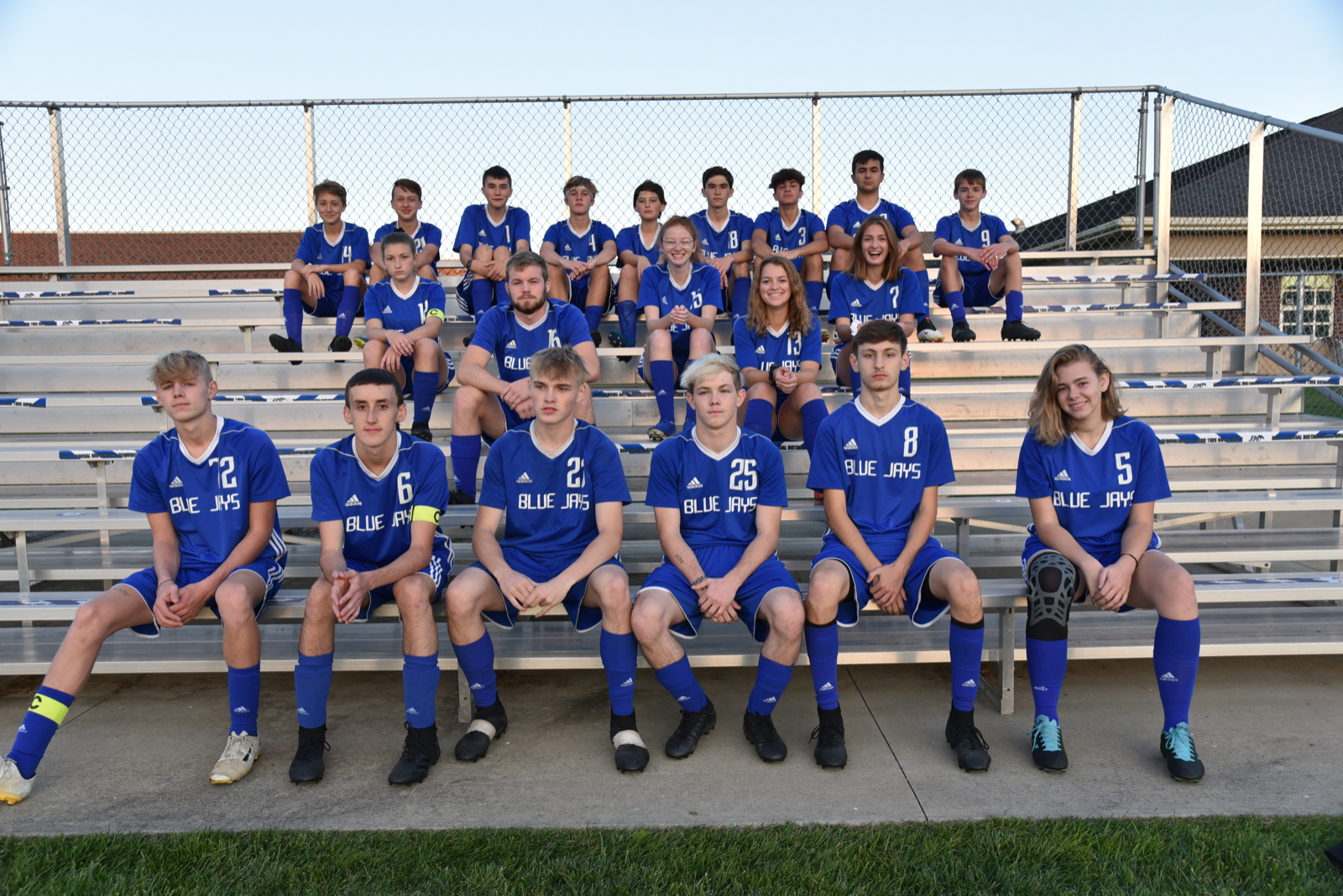