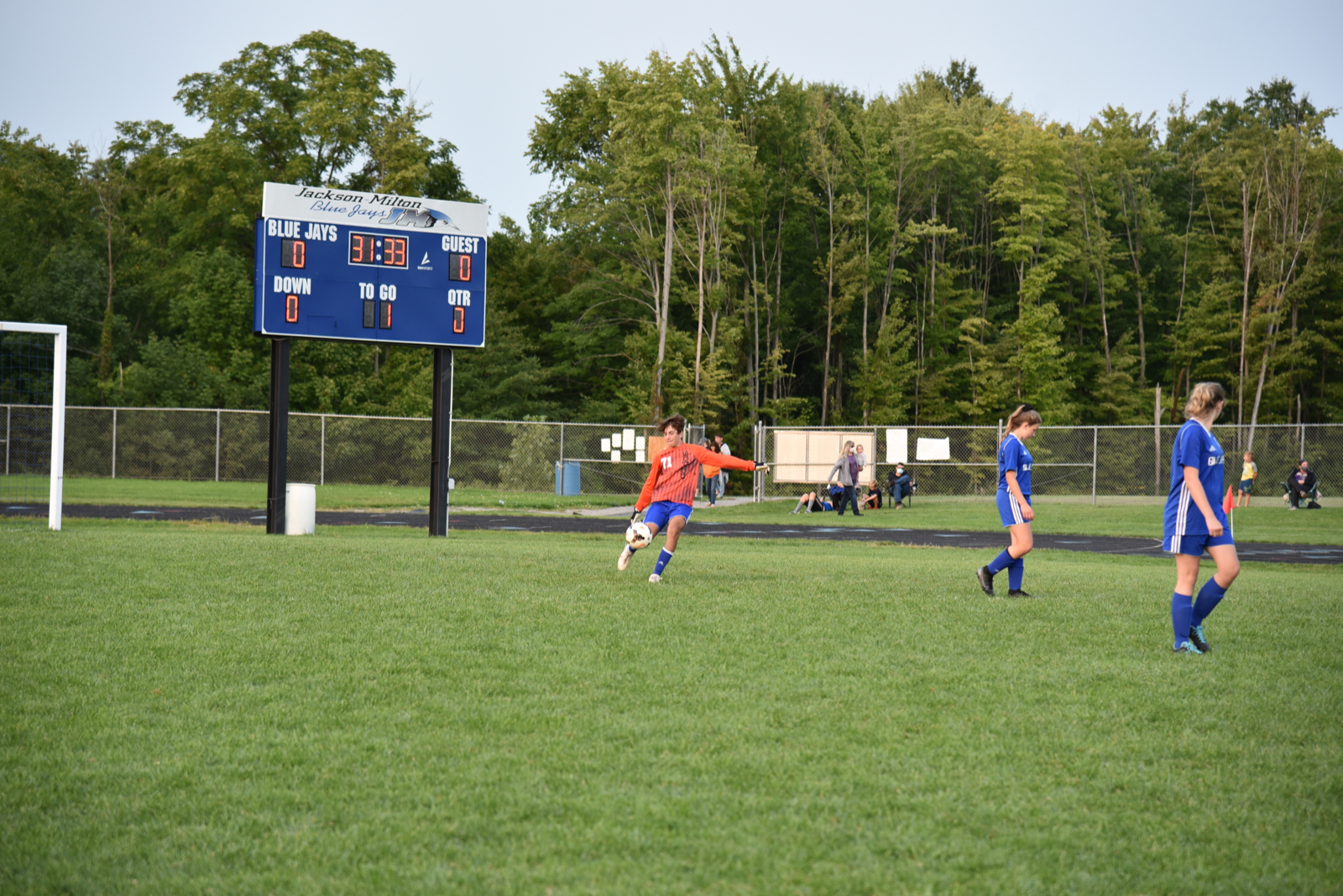 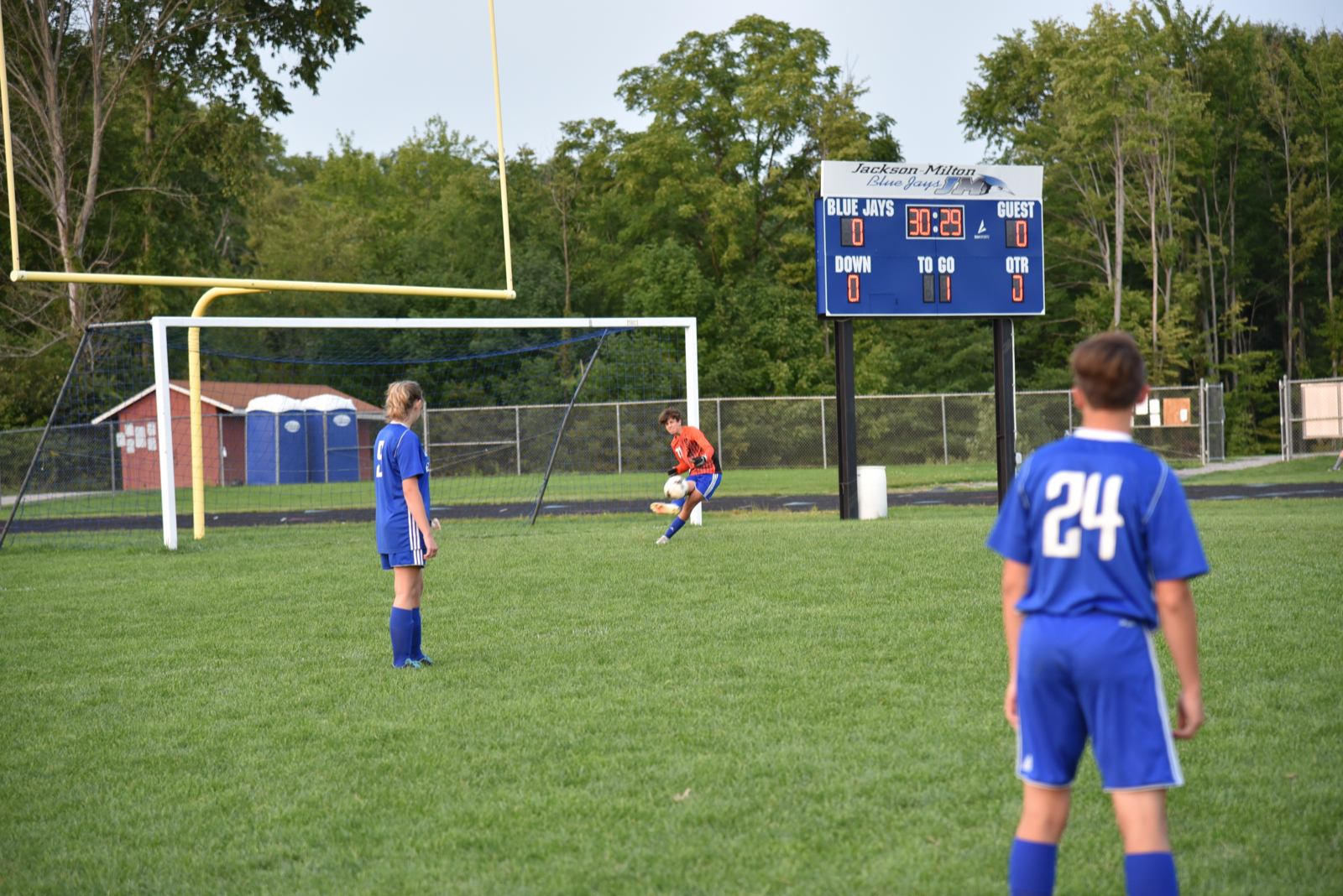 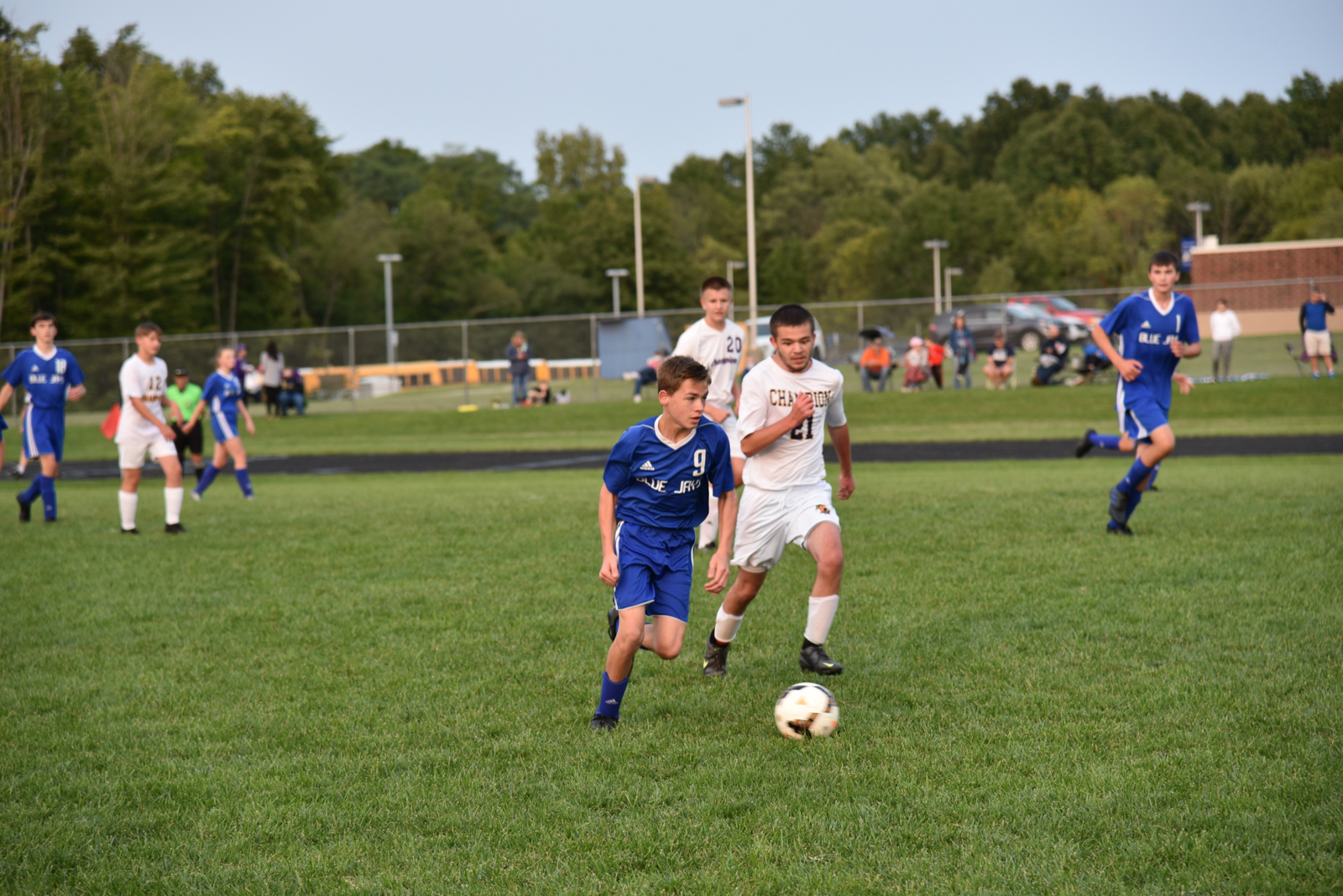 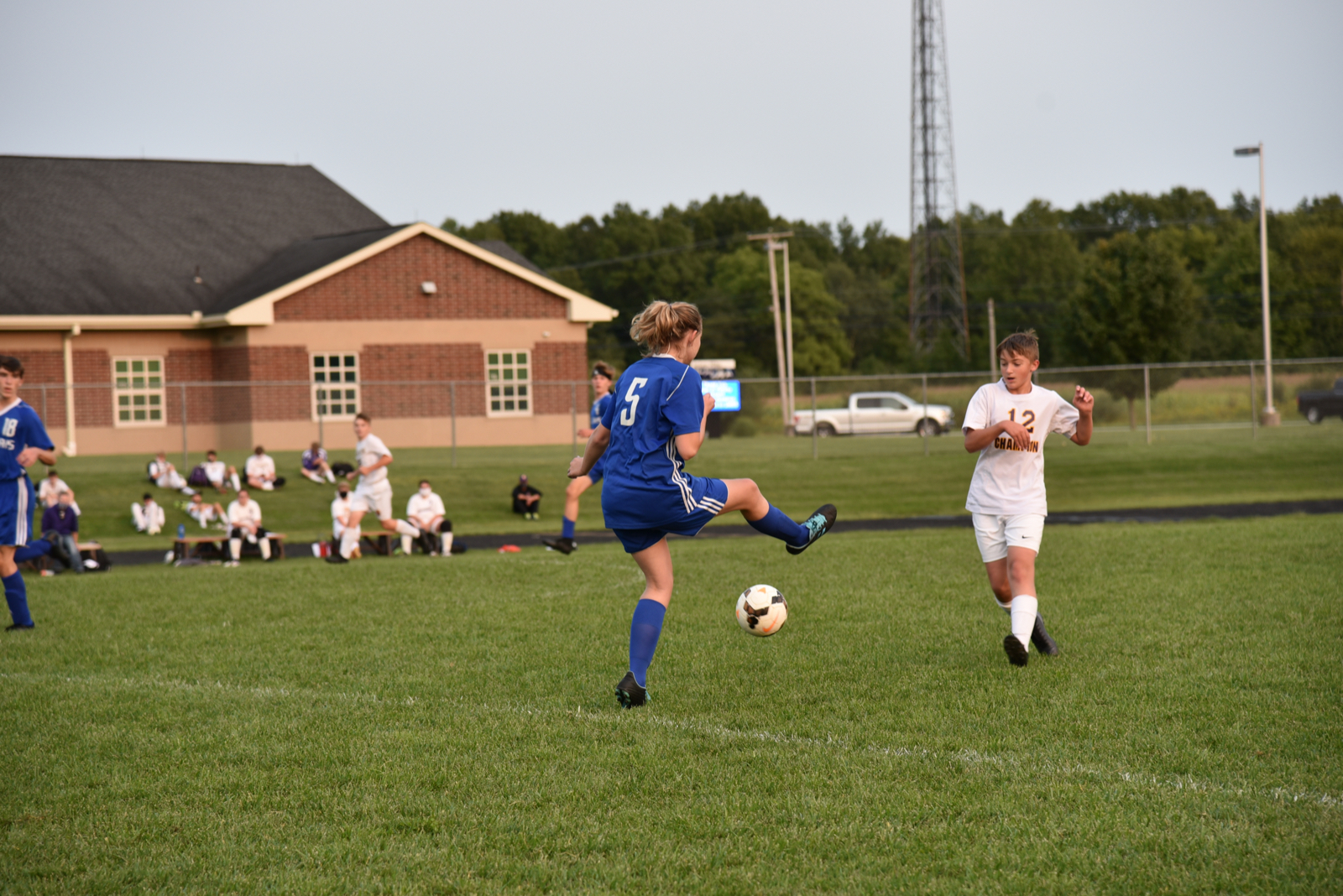 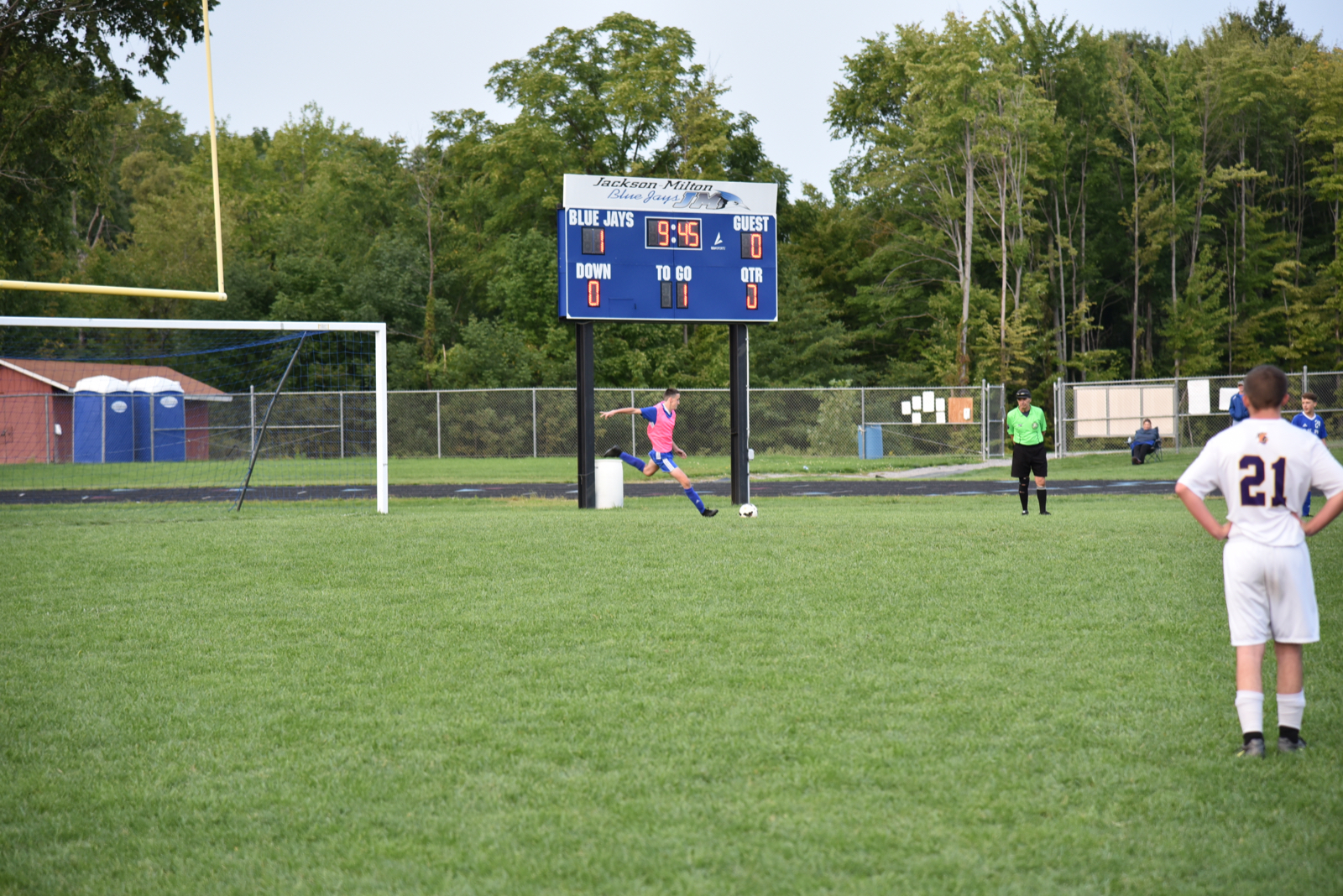 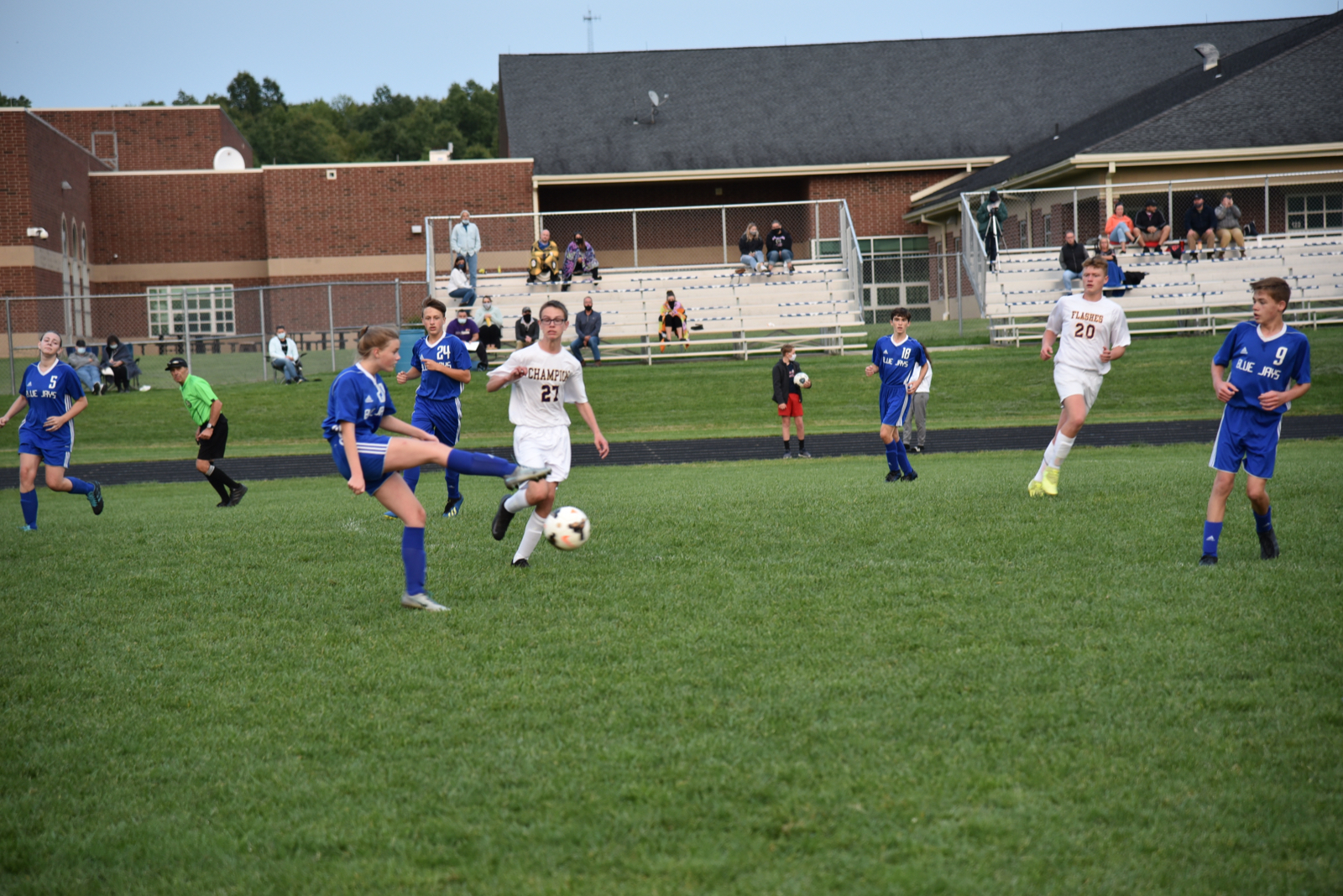 The JV Team took the field on a cold evening following the Varsity game.  Alex Rotuna started in goal.  Starters included Emily Donaldson, Maggie Simkins, Kayna Yasher, Brandon Hinkle, Ian Stewart, Nathan Corll, Aiden Cole, Zach Koontz, Keagan Beck, and Ben Moore.  The Blue Jays did a great job of connecting passes, and possessing the ball.  They played strong defense and held the midfield very well.  Sam Conn Subbed in at forward and had some offensive chances.  At one point, he was fouled in the box and took a PK.  Sam scored with a nice shot, low and left.  Later, Senior, Brandon Strickland took the field in his goal keeper debut.  He had a few nice saves, in his first shut out as goal keeper.  The Jays finished with a 1-0 final score.

The coaches were very pleased, overall, at the strength and patience the JV team showed in this shortened game against Champion.  The players showed a lot of heart out there this evening.