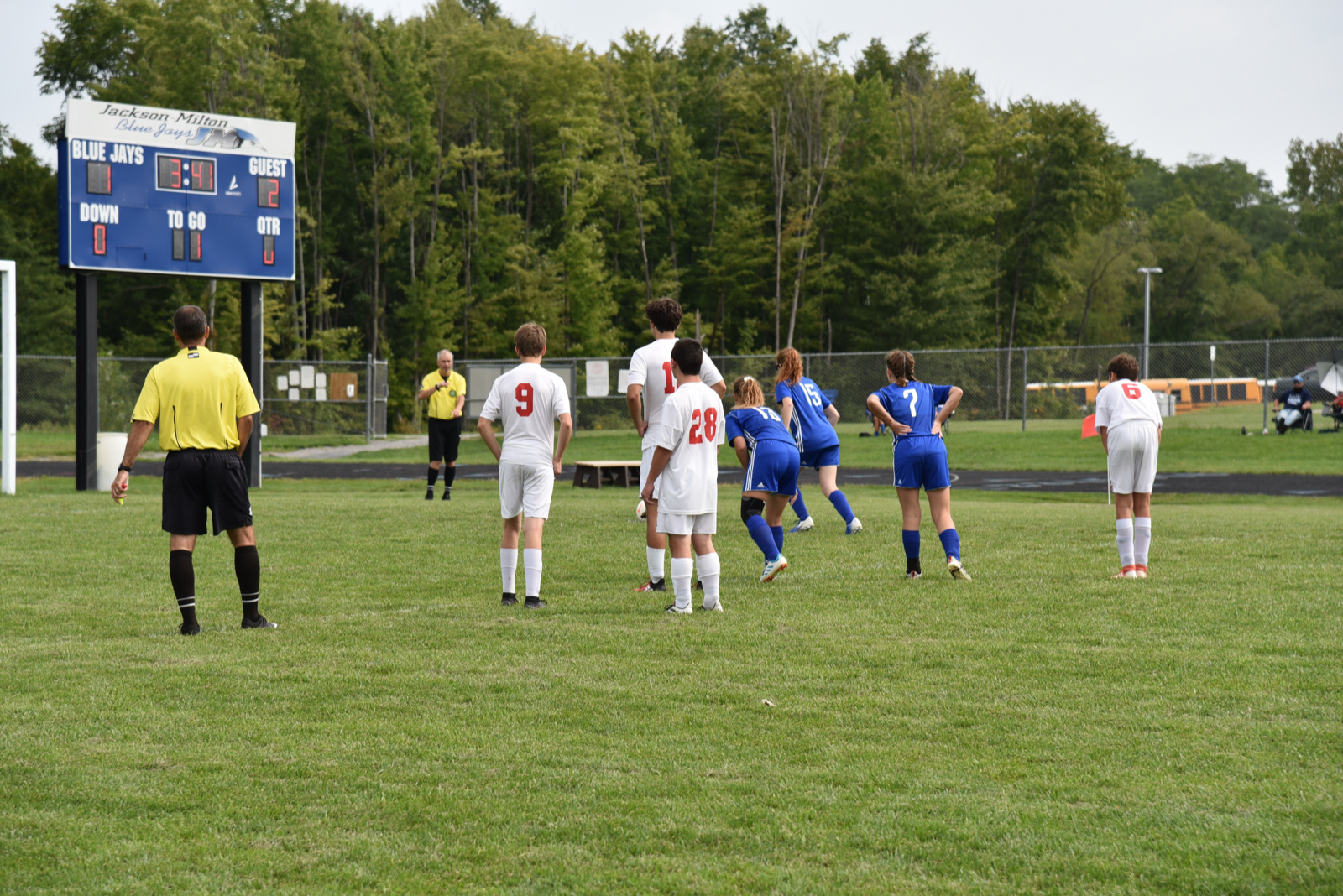 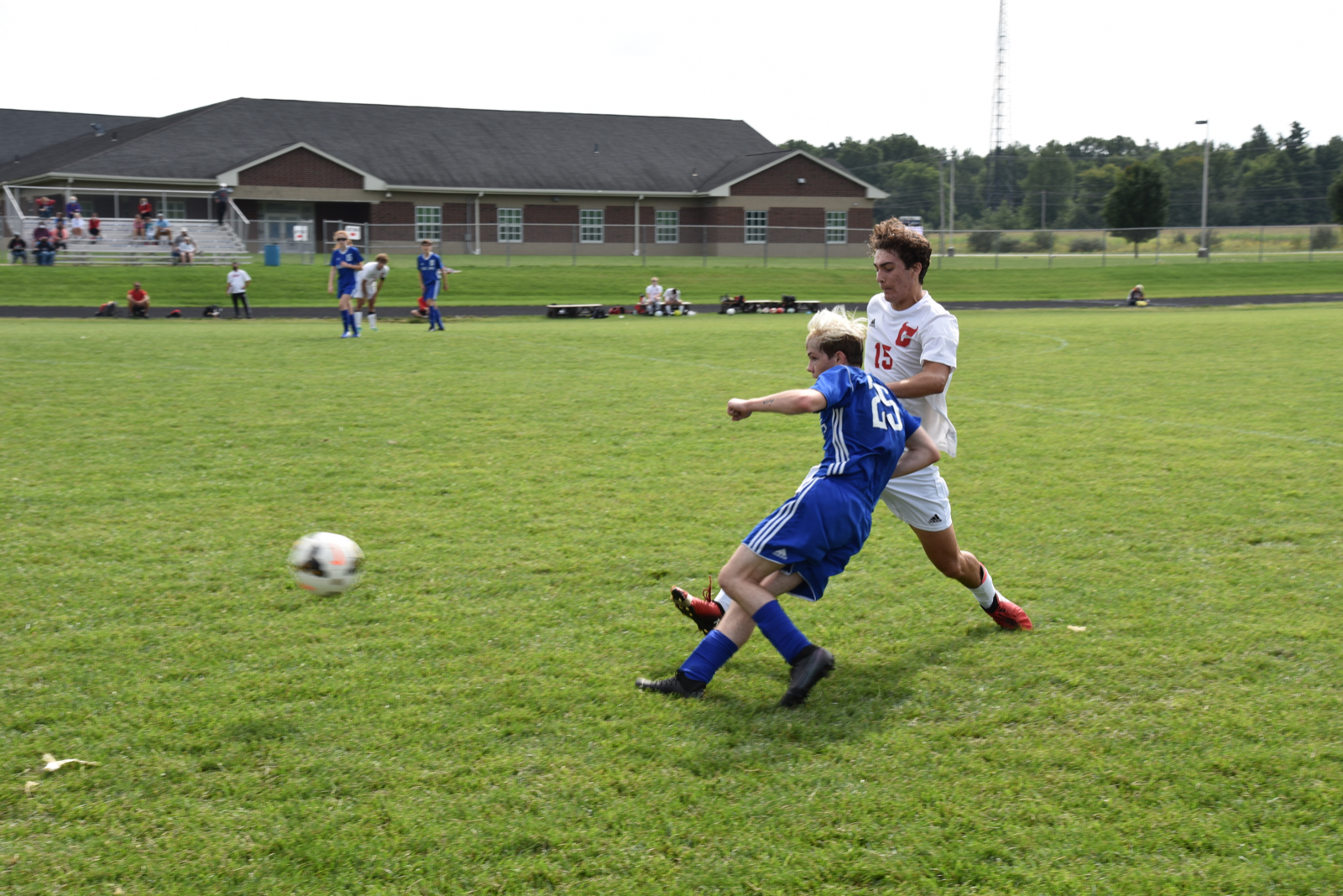 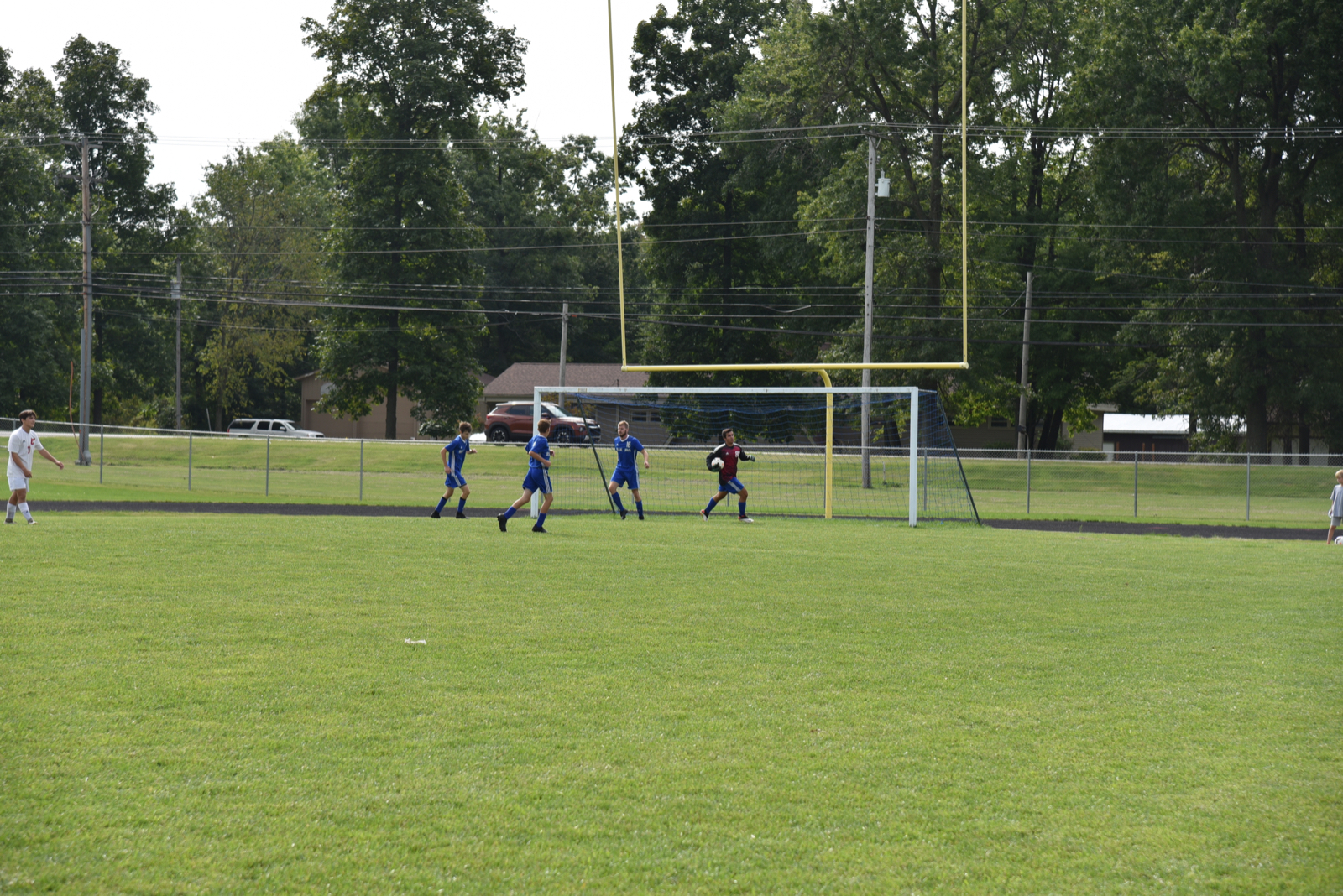 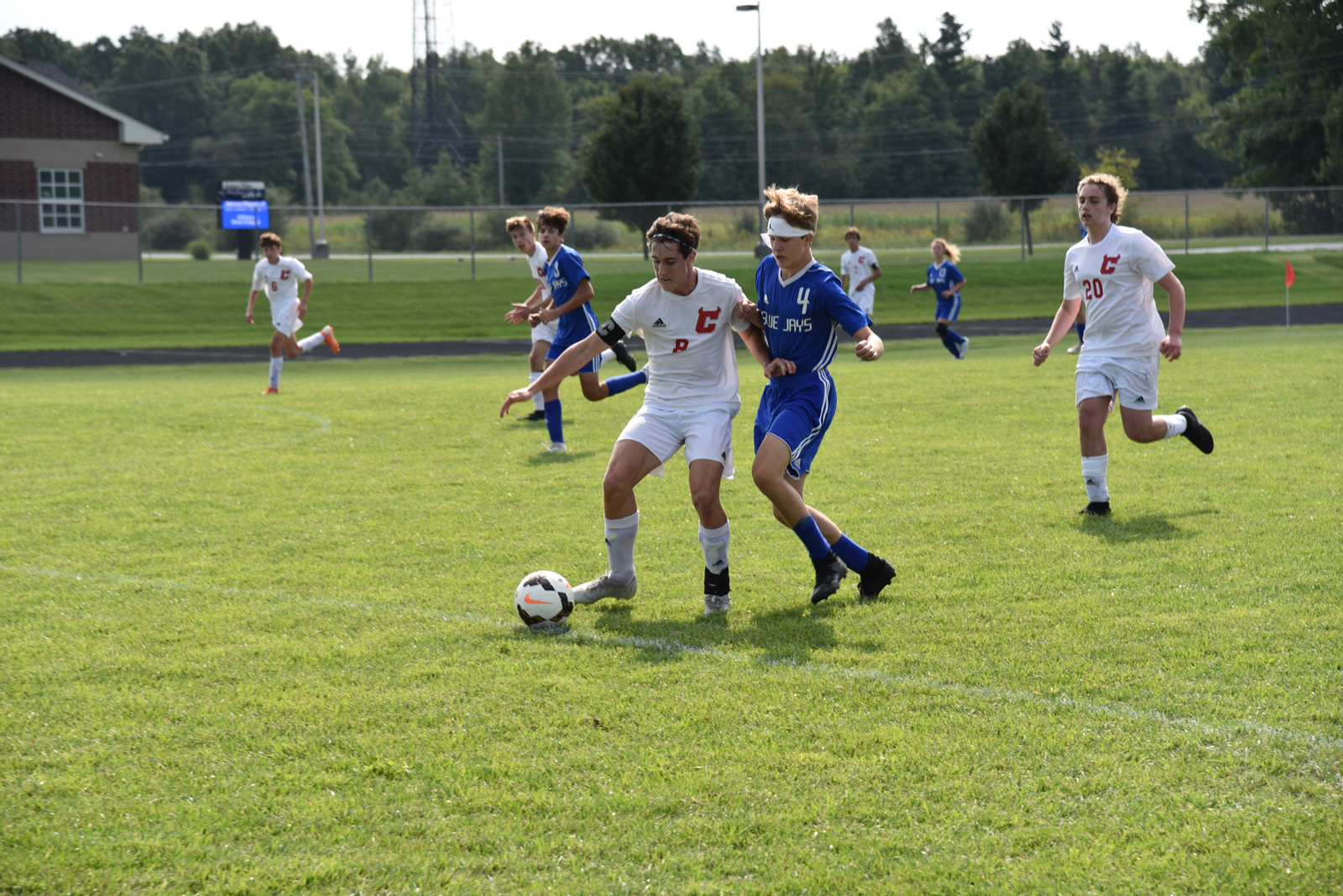 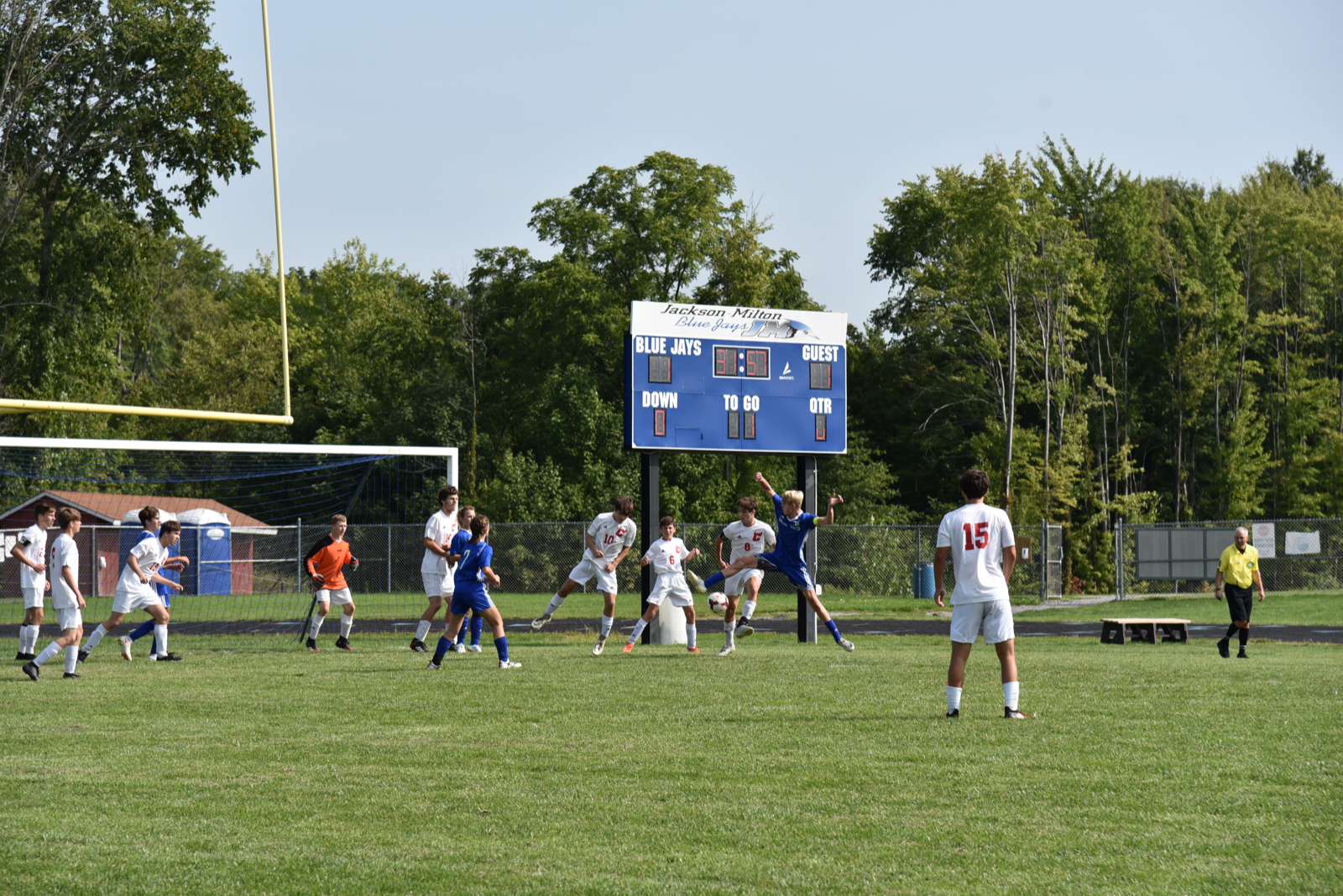 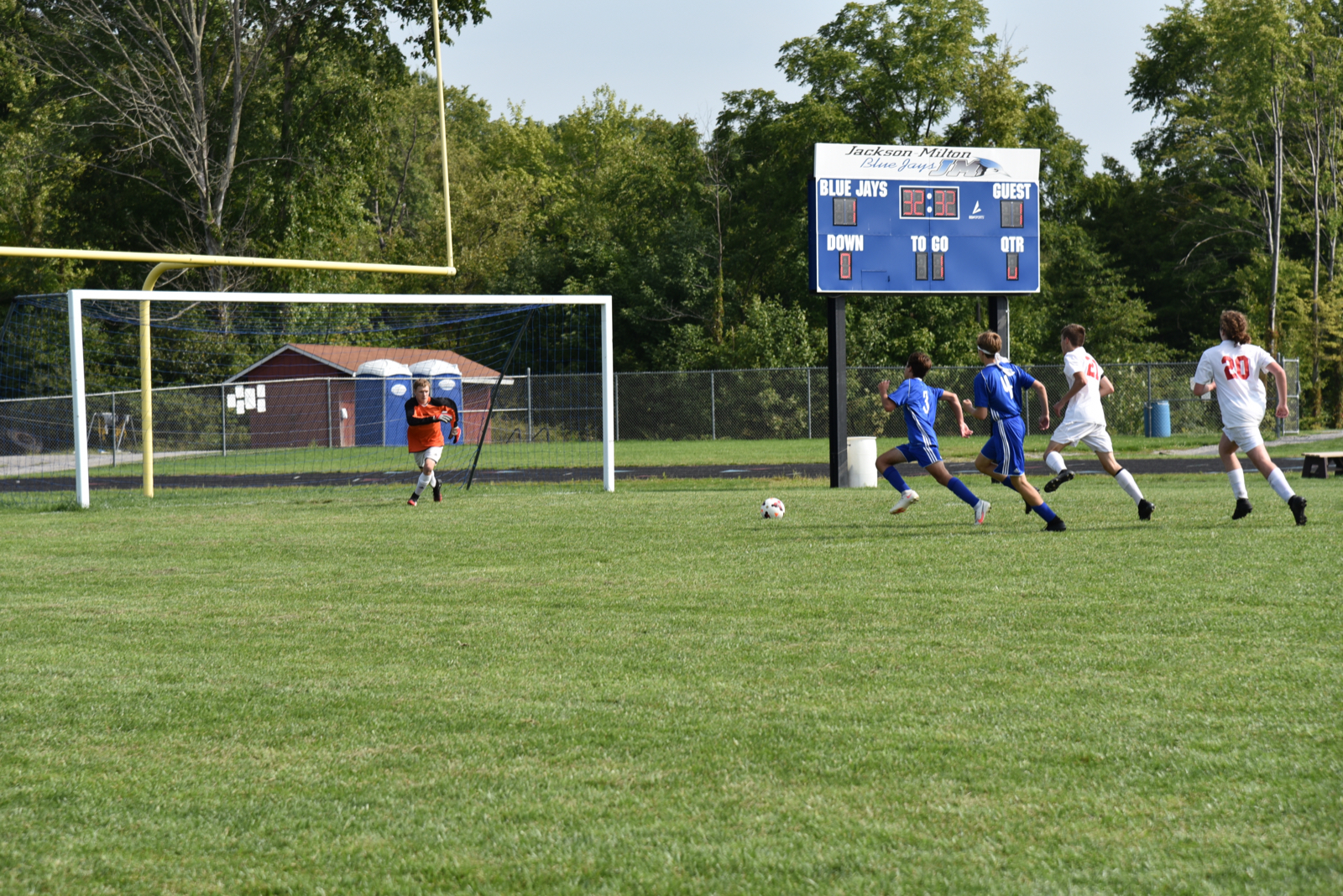 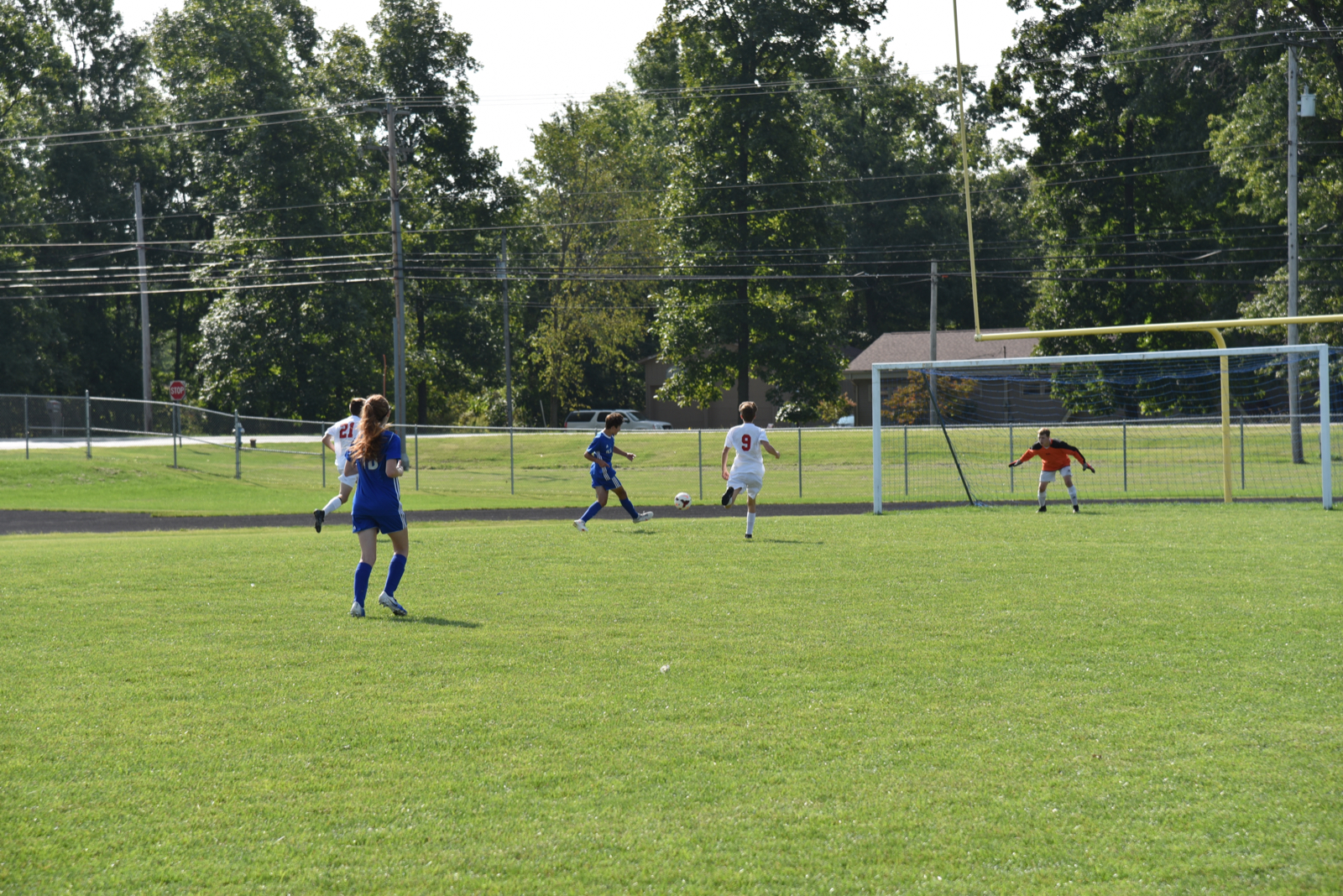 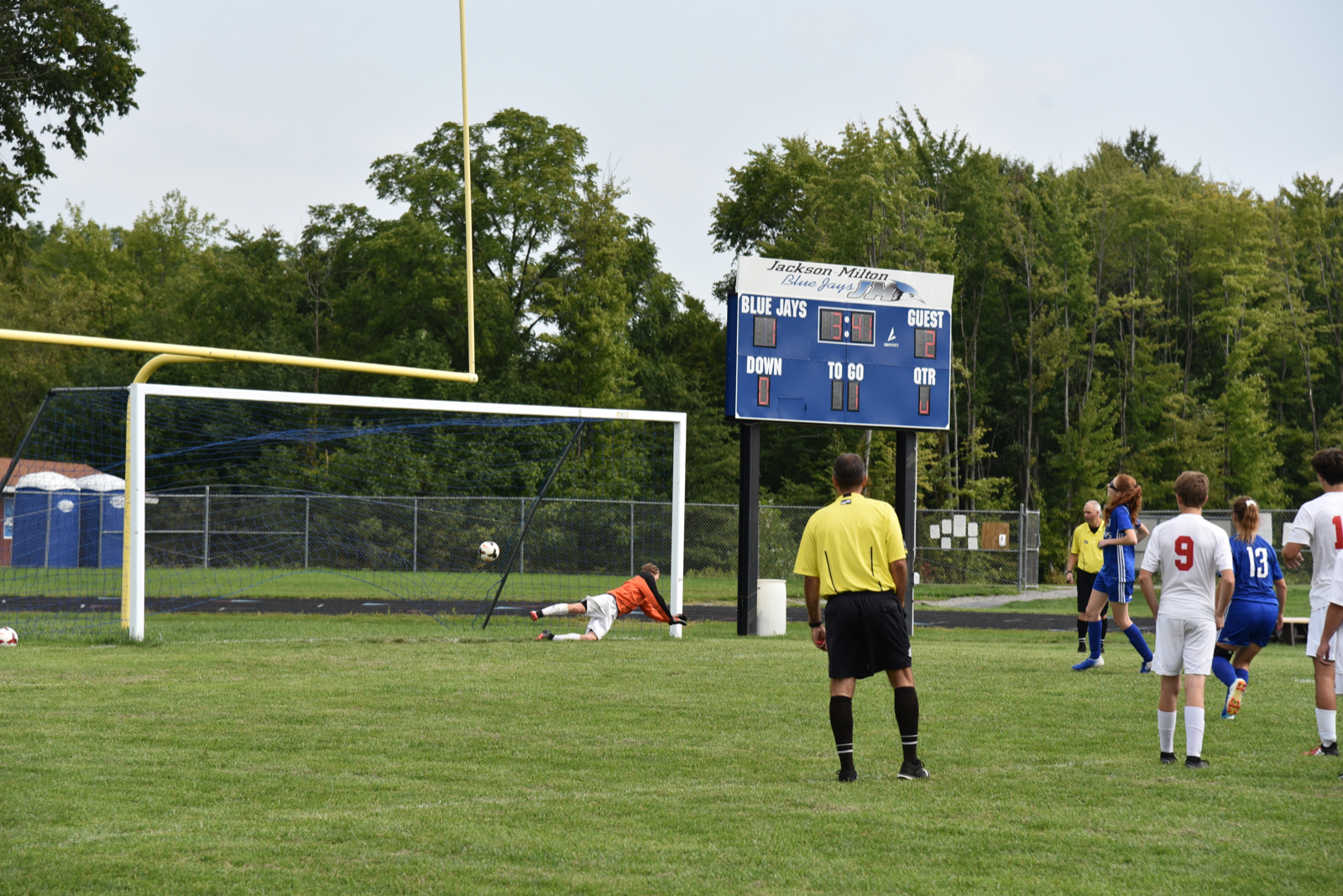 Jackson-Milton kicked off this morning at 10am against Crestwood High School.  The Jays had never seen them play, so the first few minutes were about assessing the situation.  Crestwood came out hot and had a goal within the first 2 minutes of play.  The Jays quickly identified the threats and adjusted.  The Blue Jays continued to keep the intensity up.  Later in the first half the Jays had a corner kick opportunity.  Kylee Fetkovich took the kick and found Alex Rotuna on the near post with a perfectly timed header to neutralize the game.  The Blue Jays struggled throughout the game at the keeper position.  Austin Stanke started the game there and after a few nice saves he had to come out due to a nagging injury he acquired, Thursday night, against Crestview.  James Simkins replaced him and had a few nice saves until he re-injured his shoulder, an injury he’s been dealing with since the season opener.  Next, Sam Conn took over the goal and had several amazing saves, but eventually sustained an injury during a goal by the Red Devils, causing him to need help off the field, with under 5 minutes remaining in the game.  Keagan Beck had to throw on a keep jersey and take the field, much to his dismay.  But the Jays were down by one and the next keeper in line was needed on the field.  Keagan did a nice job, and the team was glad he was a good sport!  The Blue Jays had little time, but weren’t giving up.  Alex Rotuna had a break away when he was aggressively fouled inside the box.  Sophomore, Kylee Fetkovich was called to the PK line.  She placed a great shot in the back of the net, once again the Jays were tied, now at 2.  The clock wound down as the teams continued to push the pace for the last few minutes.  The final score was 2-2.

The Varsity team faces Champion at home on Tuesday night at 5pm.