Kristen Campbell and Alex Rotuna set the bar high at the East Palestine Invitational race on 9/7/2019. Both runners took 1st place overall in their races, sweeping both middle school races for the Invite.

Kristen started out the race in 10th place and ran an incredibly smart race. She moved up consistently throughout the race passing one after another throughout the first mile. Kristen came around the last 800 meter bend of the race in 2nd place and was able to sprint her way in to the finish in 1st place, out sprinting a competitor from East Palestine who was close behind her.

Alex started the race at the front of the pack in 2nd place with his eyes set on the leader. After taking over the 1st place spot early in the race, he had to fight to keep his place for the remainder of the race. Alex ran with 3 competitors right on his heels, two Boardman runners and a Waterloo runner. Their pack of 3 was close behind Alex coming into the finish stretch but he powered through and sprinted in a 1st place finish.

Both Kristen and Alex were recognized at the awards ceremony receiving a top finisher trophy! Congratulations!!! 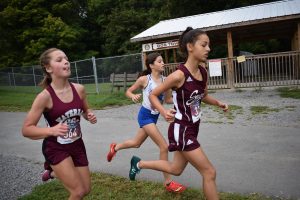 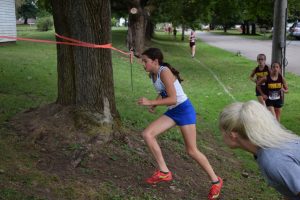 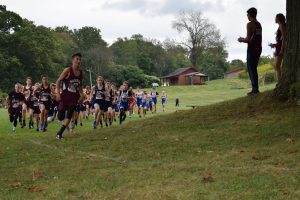 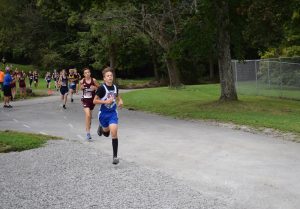 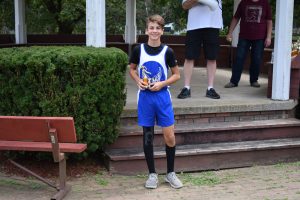 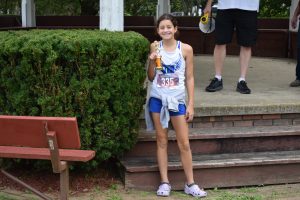 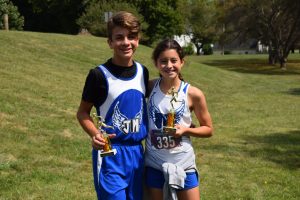